SUMMER IN THE HIGH COUNTRY

COME SPEND THE SUMMER WITH ME-WAY WAY UP HIGH IN COLORADO.
Every serious Boondocker knows:

WHERE THE COOL IS

To all who sizzle at a hundred three:
Come to the mountains and camp with me.
See on your road map the color green
shows the mountains cool and clean.
For every thousand feet you climb
four degrees are left behind.

Keep on climbing and it's for sure
you'll find the perfect temperature
somewhere between the heat below
and the chill of mountain snow
find a spot near aspen trees;
let nature cool you with her breeze. 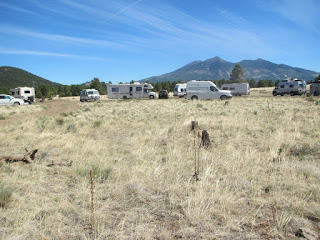 Started my summer camping with a handful of friends at Flagstaff, Az
(7000 ft) 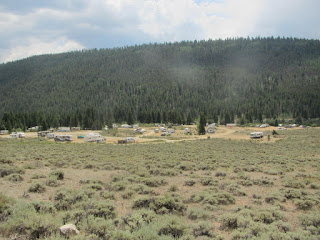 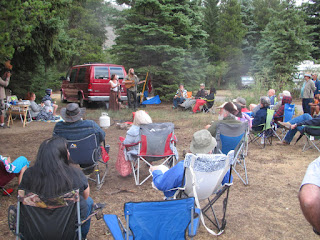 Who would assemble at the sound of music 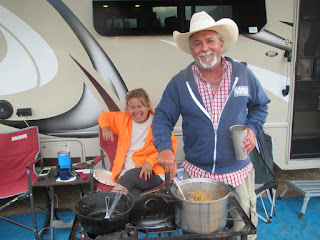 or the smell of food.  This Louisiana guy actually fed jumbalaya to the whole camp. 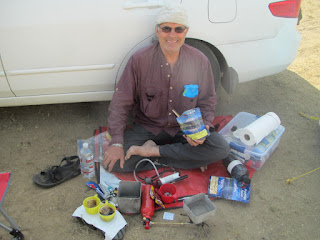 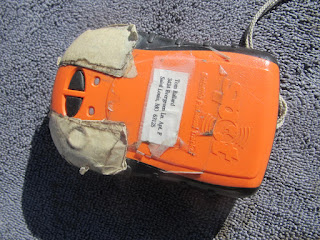 reassured by this device which will call in a helicopter or a ground rescue team depending which button you push.  Its signal reaches to a satellite. 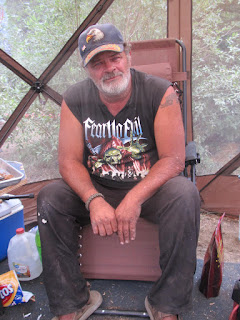 Interviewed this guy(with the happy name of Randy) who told me what it's like to travel as a tribe. 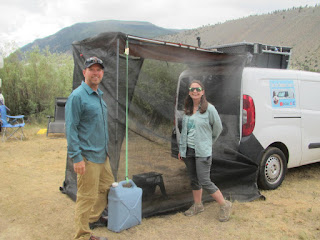 This clever pair are super efficient and ingenious. 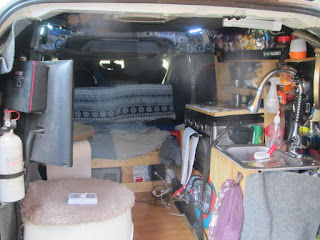 Look how well they have utilized the space in this 25mpg van. 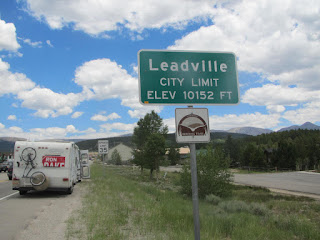 On to Leadville, the highest town in the U.S.

Camped with terrific group of people. 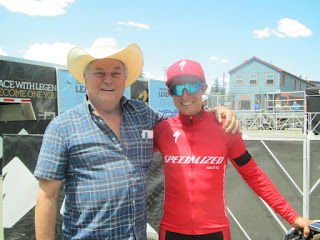 Leadville is a mecca for supermen---like this guy who won the 100 mile bicycle race with a time of 5 hours and one minute. 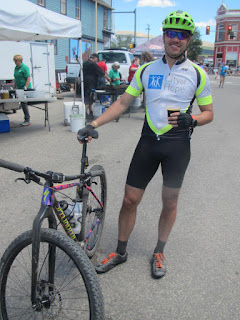 I think this guy was second.  There were about 2000 more of these supermen standing around at the finish line. 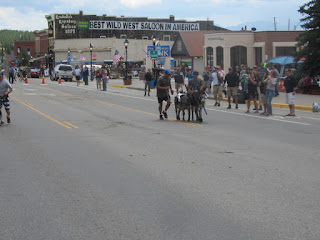 On another weekend donkey and miner races were held.  Here is a guy who is finishing a 25 mile run with his donkey. 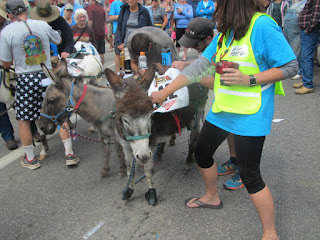 Here was the winner with his surprisingly small donkey. 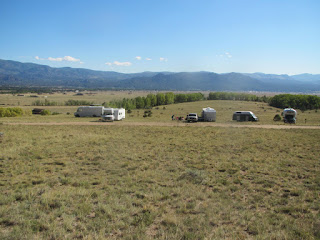 Several of us camped for 2 weeks outside Buena Vista, Co at elevation 9000 ft.

With us was this extraordinary guy that many of you may know because of his worldwide fame and travel: Seven Gray. (http://sevenwanderstheworld.com/) He says his ambition is to simply serve tea--and here he is doing just that.

RANDY PHILOSOPHIZES:  PEOPLE SWELTER NEEDLESSLY!  AND WHEN WE FRUGAL/  MOBILE MILLION HAVE GOTTEN OUR MESSAGE OUT TO THE NATION,  WHOLE SIMMERING CITIES WILL BE ABANDONED FOR THE SUMMER.  The simple formula of 4 degrees cooler per thousand feet of elevation will be known by every school child and adult.  "the nights shall be filled with music--and the cares that infest the day--will fold their tents like the arabs and as silently steal away.' (I think I spent a total of $600 for the whole summer)